ABOUT.  The Downtown Revitalization Project is a set of public improvements designed to enhance the viability and pedestrian safety of Downtown Clarendon Hills. The project includes four components: 1) Prospect & Burlington Avenue Improvements; 2) Prospect Avenue Railroad Crossing Improvements; 3) Inbound & Outbound Train Station Improvements; and 4) Burlington Plaza and Alley. Over the past several years the Village has applied for and been awarded approximately $8 million from the Illinois Transportation Enhancement Program, the Congestion Mitigation and Air Quality Improvement Program, the West Suburban Mass Transit District, the Illinois Commerce Commission Grade Crossing Protection Fund, and the Commuter Rail Division of the Regional Transportation Authority. These funds will cover close to 66% of the cost of the first three components of the Downtown Revitalization Project.

The Downtown Revitalization Project started on January 6, 2020, and is expected to be completed in by the end of Summer 2021. 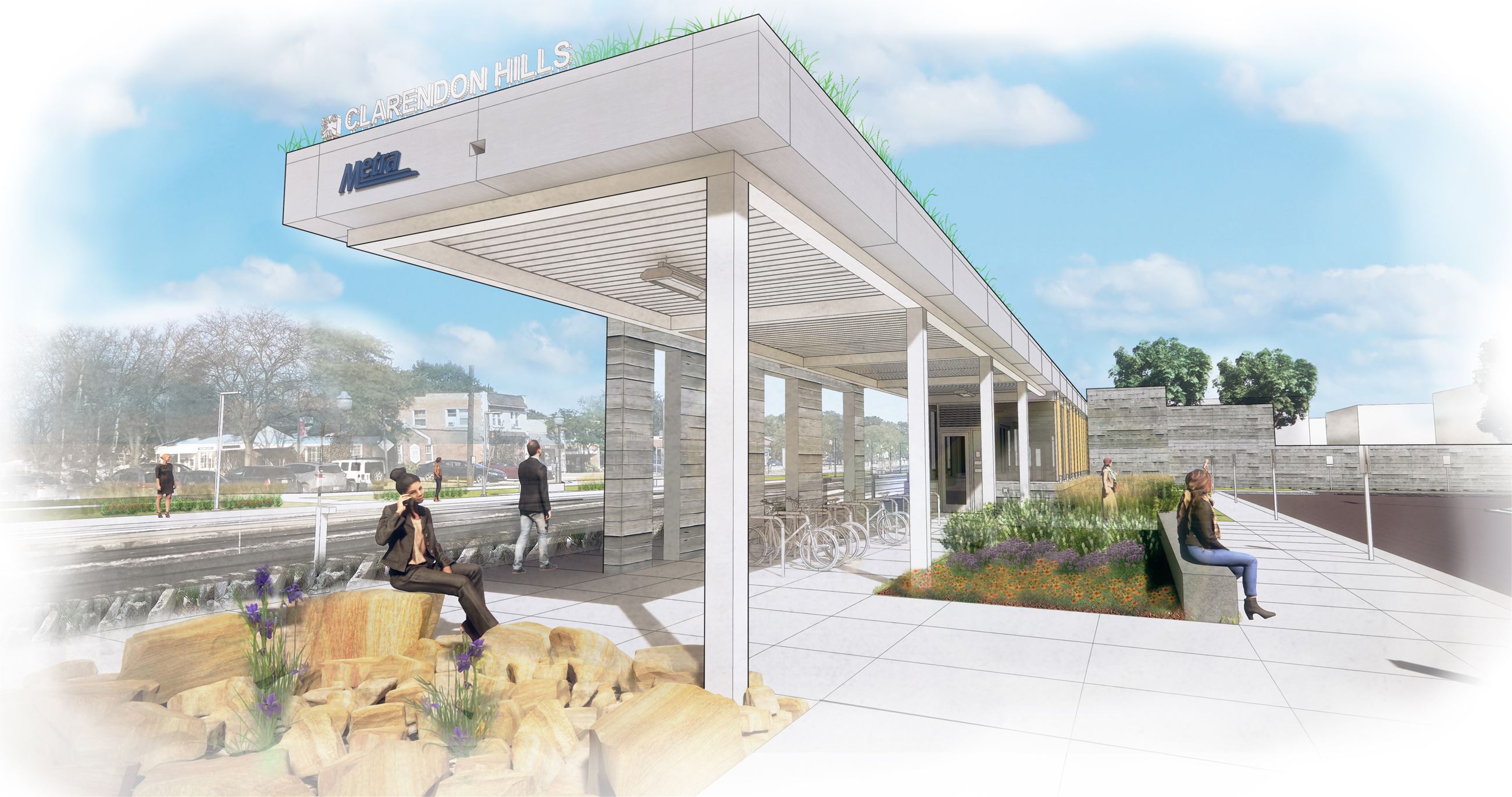 TRAIN STATION IMPROVEMENTS.  On January 6, 2020, the Village hosted a groundbreaking ceremony in the south lot commuter parking lot. Shortly thereafter the village razed its old station, and in its place began to develop a cost-conscious commuter station that will offer more openness and amenities, improve safety, and better integrate with the surrounding landscape. The new station, designed by Legat Architects, includes canopies, enclosed waiting, and covered bike shelters. Additionally, the station’s parallel alignment to the tracks will provide much better views to approaching trains.

The design of the new station stems back to the community’s 2014 Downtown Master Plan, which explored land use and design to promote economic development. “We didn’t want to overstate the design of the station so that it took attention away from key buildings such as the village hall across the street,” said Mike Abraham, Chairman of the Village’s Downtown Design Review Commission. “At the same time, we did want the station to be a welcoming entry point to the village.”  The resulting design, approved by both the village board and the Downtown Design Commission, not only keeps costs in check but also supports Clarendon Hills’ focus on outdoors and sustainability. It offers plenty of outdoor waiting options, as well as a green roof and rain gardens to reduce pollution-causing stormwater runoff.

Whereas the previous station was tucked away, the reoriented station better relates to downtown Clarendon Hills across the tracks. Community members will have views of the station from the village hall and surrounding Prospect Avenue, Burlington Avenue, and Ann Street. The pavilion-like design uses standard pieces of glass to keep costs down. Random vertical wood boards placed outside the glass create a more natural look, provide morning and evening solar shading, and imply a sense of motion. Unlike the classical brick train station that you see up and down the lines, Clarendon Hills’ new station is more subdued and ties into the landscaping. Structural systems were designed with the intent to prefabricate and replicate. Prefabrication, or manufacturing components before reaching the site, reduces material and labor costs, plus speeds construction and therefore limits the number of flagmen needed on site. 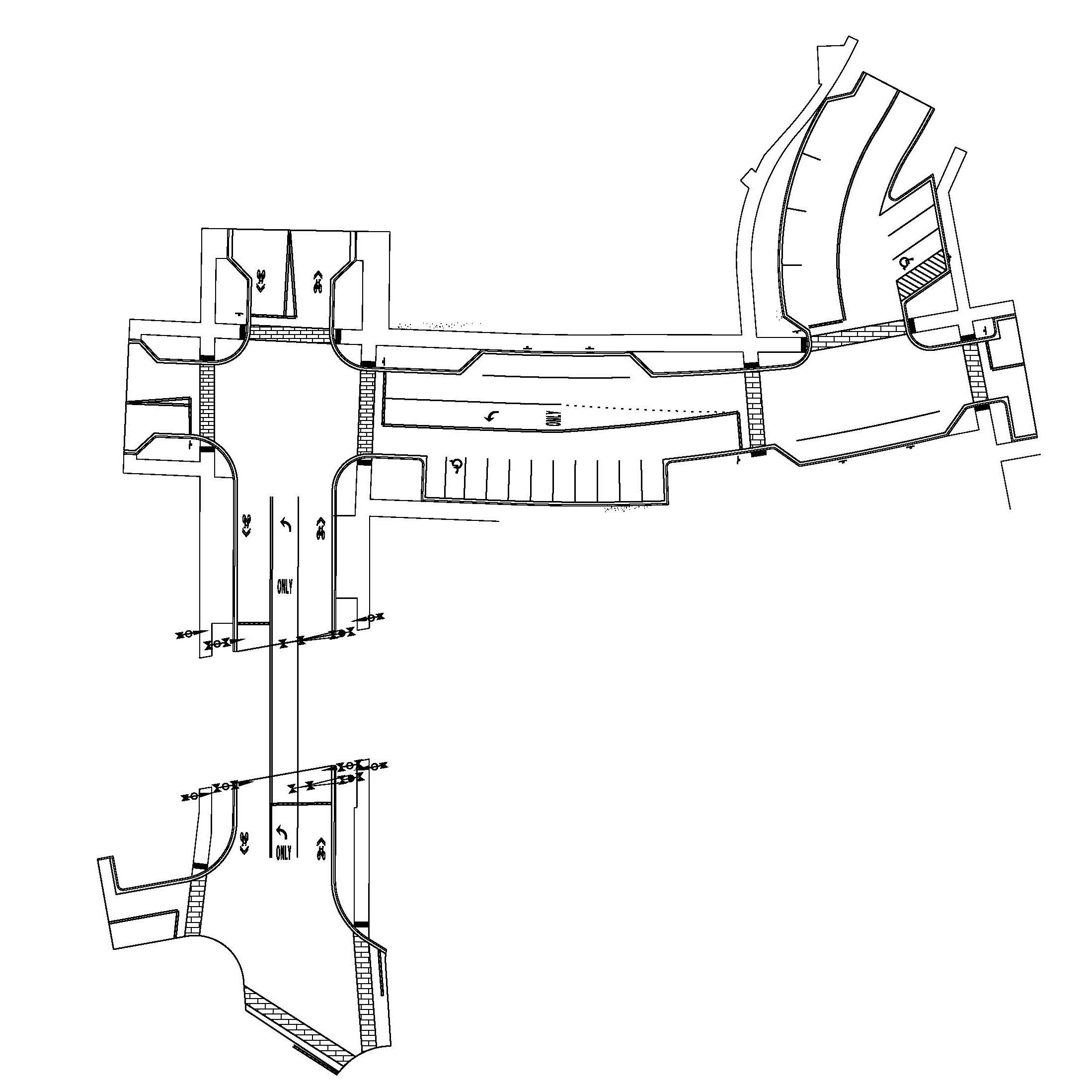 STREETSCAPE IMPROVEMENTS.  The 2014 Downtown Master Plan (DTMP) a component of the Village’s Comprehensive Plan, listed multiple village initiatives addressing land use, design and economic development issues and goals set for the downtown area. One of the Plan initiatives establishes the following as a priority: "Improve safe pedestrian access to transit by improving pedestrian crossings over streets and the BNSF railroad at South Prospect Avenue."  The plan also identified areas for future public plazas and linear parks, designed within a common theme/brand. Soon after the DTMP was adopted, the Village developed streetscape improvement plans for the streets adjacent to the commuter station property, primarily along Burlington Avenue and Prospect Avenues. With these shovel-ready plans in hand, the Village began applying for multiple federal, state and local grants to fund these improvements.

The purpose of this project is to enhance pedestrian safety, improve traffic mobility, and install aesthetic features and landscaping throughout the downtown area of the Village of Clarendon Hills. This will be achieved by shortening crossing widths by incorporating bump-outs, new crosswalk striping, adding drop off locations at the Metra Station, a new lane configuration along Prospect Avenue, and reconfiguring the intersections of Golf Avenue/Burlington Avenue into a single "T" intersection. The project of work consists of the following improvements:

On August 16, 2018, the Village Board authorized an agreement with Terra Engineering, LTD for Engineering Services for the Prospect and Burlington Avenue Streetscape Improvement Project.

BURLINGTON PLAZA & ALLEY IMPROVEMENTS. The Downtown Master Plan established the Village’s desire to provide a public plaza at the southwest corner of Burlington Avenue and Prospect Avenue. In early 2020, the Village approved a redevelopment agreement with the new owners of the building, formerly known as The Arts Building, at 211 Burlington. Part of this agreement was that the Village would relocate the north-south portion of the Burlington alley between 15 to 20 feet further east to accommodate an outdoor eating area for the proposed distillery. During the 2021 budget review process, the Village Board set aside funds to reconstruct the southern Burlington Avenue public alley and design and redevelop the public land east of the Tierra Distillery for a public plaza.  Legat Architects was retained to design and manage this project, scheduled to begin late-spring, early-summer this year.

On March 9, 2021, the DTDRC reviewed multiple design concept plans developed by Legat Architects and Village Staff. On March 30, 2021, the DTDRC was presented an updated plan revised to incorporate ideas and directions expressed during the previous March 9, 2021 meeting. On April 5, 2021, directed staff to prepare construction plans based upon the DTDRC endorsed plans. Construction is scheduled for Summer 2021. 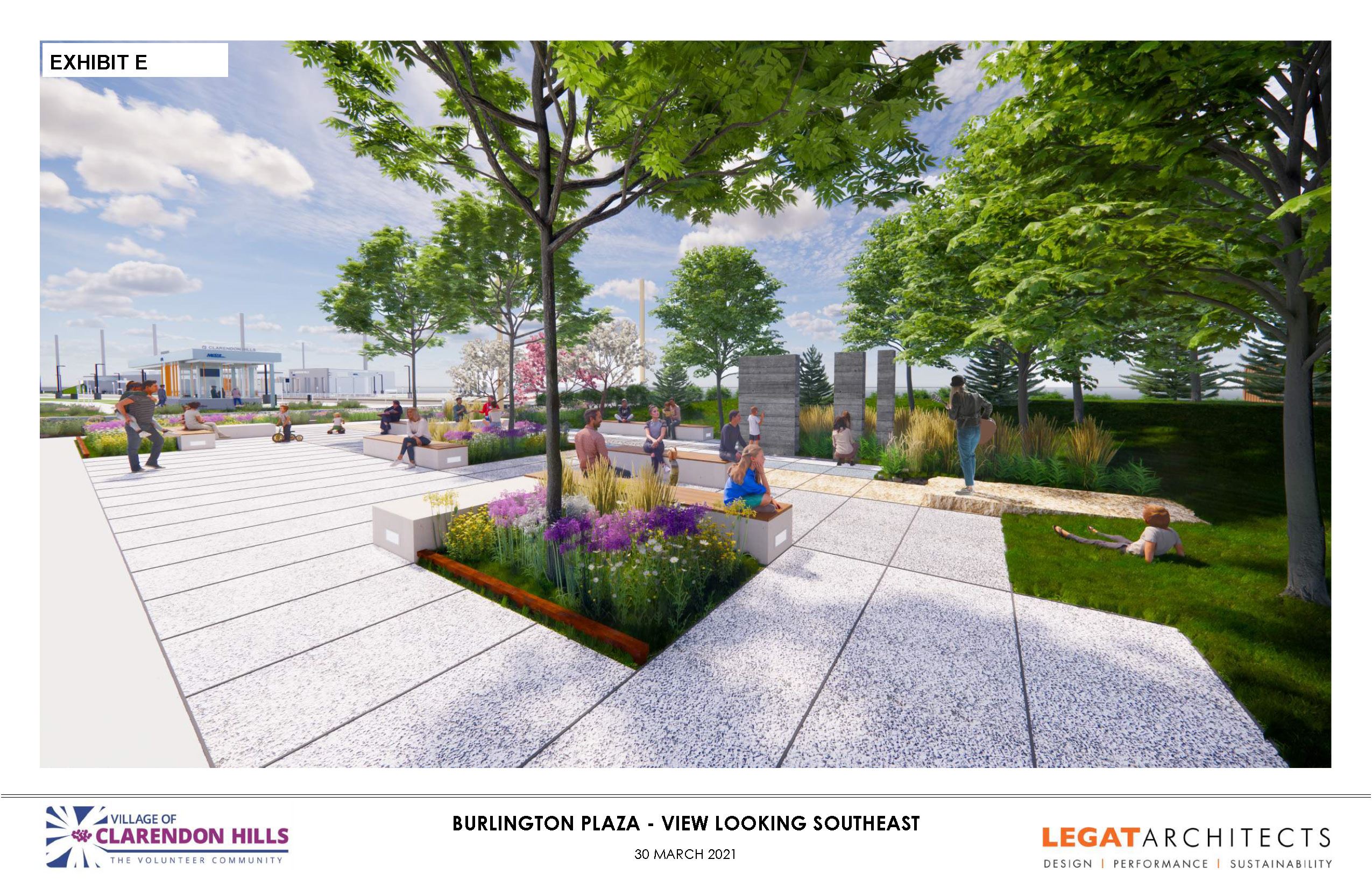 * Due to the complexity of the project and the number of regulatory and funding agencies involved, the dates provided above are subject to change.